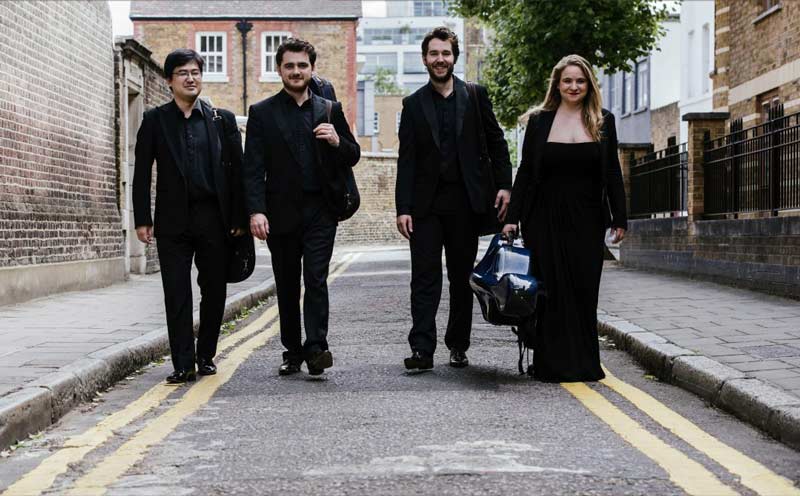 The Piatti Quartet are one of the most distinguished quartets of their generation.

Prizewinners at the 2015 Wigmore Hall International String Quartet Competition (formerly London), they have performed in all the major venues and festivals around the country as well as concerts throughout the world, with national broadcasts on BBC Radio, ABC (Australia), RTÉ (Ireland) and France Musique (France).

The Piattis appeared twice at the 2018 Aldeburgh Festival so their profile has increased dramatically since they were last in Rhyl just a few seasons ago. Tonight’s programme includes: