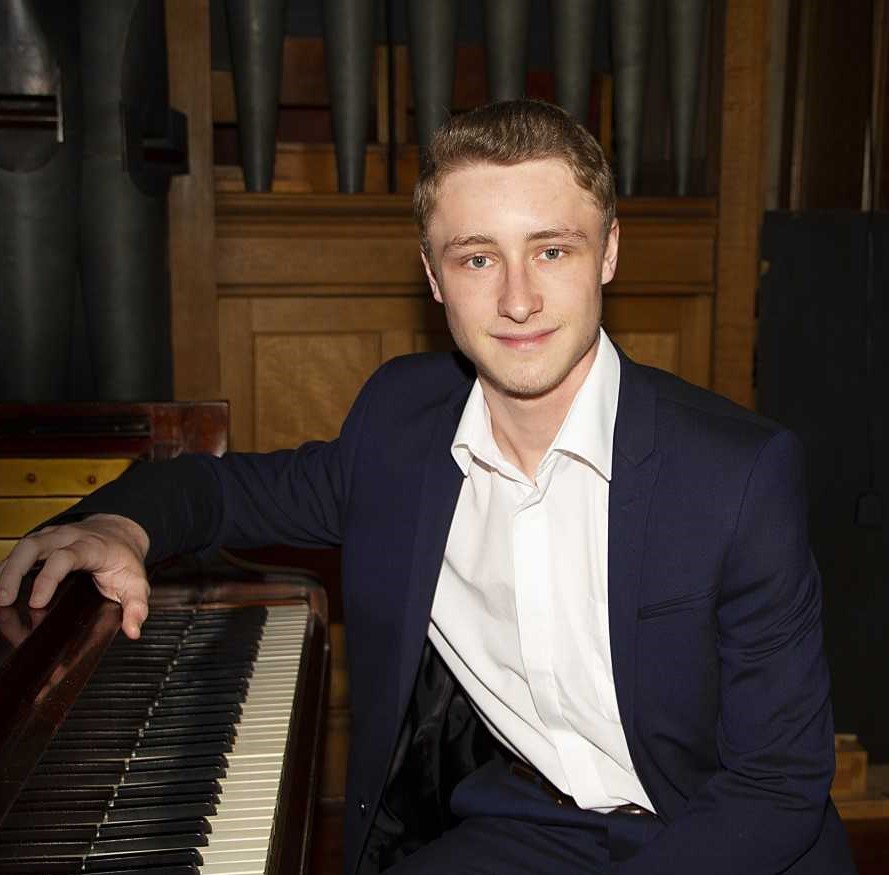 Ellis is a member of Rhyl Music Club and so has performed a number of times on the Town Hall concert stage including a Bach concerto with the Welsh Chamber Orchestra and a solo recital earlier this year. He is already a first prizewinner at several competitions and performed the concerto last year at Junior RNCM. Also “with a very varied programme full of virtuosity, lyrical poise and musical authority, Ellis Thomas was announced as the overall winner and Gregynog Young Musician 2019”.

He decided to read Music at Cambridge rather than attend a Conservatoire immediately and he is now in his 2nd year at Downing College. Ellis attributes much of his progress to Manola Hatfield at RNCM and now he is being guided by Tessa Nicholson at the Royal Academy. Interestingly Tessa was herself guided by that most famous of teachers, Maria Curcio who, in her turn, was taught by Artur Schnabel.

Tonight’s programme includes music across a wide range of styles and there should be something for everybody.