The recent RNCM graduates team up as a fine musical combination. Kathryn returns to the club and with a greatly increased experience of orchestral performance, concertos, ensembles, music in hospitals for children and more.

Elinor recently completed her Masters degree at RNCM where she was also in the Gold Medal competition.

This concert has been organised in conjunction with Live Music Now, whose artists are not only highly accomplished musicians but are specially trained to take music out into the community for those who are unable to get to the concert hall. 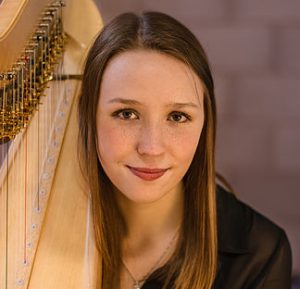 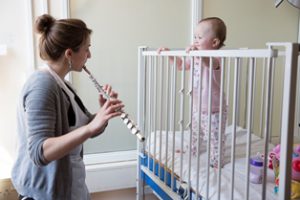 Looking through our Visitors Autograph book I found several famous harpists and one of these is Elinor Bennett who was a pupil of Osian Ellis who had also played at our Club. Elinor has performed all over the world but she is known also as a teacher and has been Professor at the Royal Academy.

One of her significant contributions has been to Welsh cultural life. In 2002, Elinor was given the White Robes (Order of the Druid) by the National Eisteddfod of Wales, was the “Celtic Woman of the Year” in the USA,and was awarded the Glyndŵr Prize by the  Machynlleth Festival in 2003. Elinor received an OBE in 2006 for services to music in Wales, as well as the Golden Jubilee Award from the Welsh Music Guild. In November 2008, she received an Honorary Doctorate from the University of Wales.